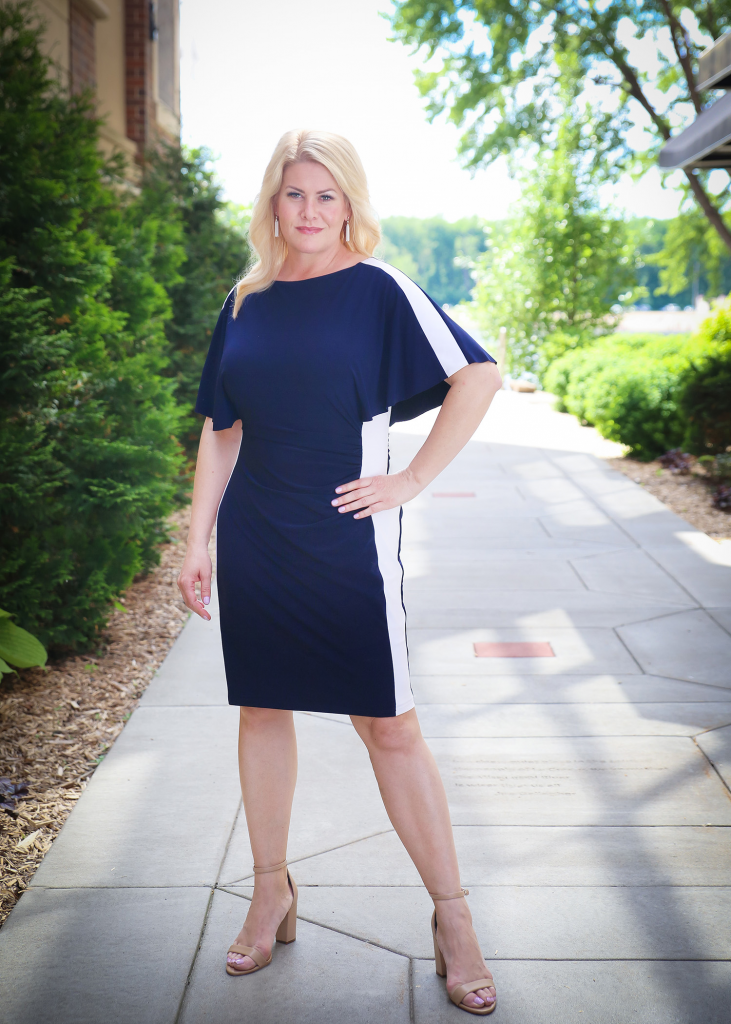 Our readers want to get to know you first, tell us about YOU what is your story?

I started my business (a dance studio) in the basement of my first home. During this time, I my husband and I were going through infertility issues. After 10 years of not being able to get pregnant we adopted a baby girl. My dance studio was thriving and after four years of being in my basement (at 200 students) we moved the business into a strip mall. At this time, I found out that my husband was having an affair with my brother wife but committed to stay in the marriage to try to work things out. The dance studio continued to grow and after one year we had doubled our students and started to use our basement studio once again in order to serve all our dancers. Life was hard. My husband took a downward spiral after the affair. He lost his job, started to drink excessively and instead of being a life partner became another brick in the backpack of trying to support my family, attend AA meetings with my husband, care for our new baby and handle a growing business. The next year we added a third space from the strip mall, now occupying three of the units and no longer needing to use the basement studio. Business continued to grow, and life only got harder. One day I came home to find my sister in law and husband in our bed. A few weeks prior my brother had told me Katie (my sister in law) was pregnant and assuming it was his child told him they should have waited a little longer to bring a child in this world (the 4th) until he knew his marriage was stronger. But I soon found out she was pregnant with my husband’s baby (after we had 10 years of infertility). I decided to file for divorce, got custody of my daughter and moved the growing studio to a brand-new building that I would share with Enterprise Rent- a-Car. By this time my studio had grown from a single basement studio to four studios and about 550 students. Shortly after I got divorced divine intervention took place (more on this story) and I met my soon to be husband. He had been separated from his wife for two years, recently divorced and was a father to three daughters ages 7, 9 and 11. We met mid-August 2009, were engaged Oct 31st 2009 and married December 14th that same year. Even with the joy of marriage, life continued to get harder but in different ways. In one year, I went through a divorce, moved my business to a new location, got remarried, gained three step daughters AND got pregnant (after a month of marriage) and had a baby girl. Business continued to grow and we were able to take over the Enterprise space and add two more dance studios to the four we already had. Although I loved my husband, life took it’s toll trying to blend our two families with a total of five daughters. We were also dealing with two crazy ex-spouses and life just seemed it was all about work. Four years after we were married we decided to open a second dance studio location. Also at this time I became pregnant a second time with another girl. After our daughter was born we were a family of six, two parents working full time (overtime when you own your own business) and starting to gel as a family. A year after we opened our second location we decided to add a Creative Arts Preschool to our facility that we would run and operate during the day and would continue holding dance classes in the evening at both locations. Today our daughters are 24, 21, 18, 16, 10 and 6. We have worked through the rough teenage years (at least with the daughters who are blended) and feel like we are starting a new family all over again at 47 (me) and 50 (my hubby) years old my baby entering kindergarten this year.

Now let’s talk business, what do you do? Have you always wanted to have your own business- what inspired you to go down this journey?

Well I think I covered most of it in “my story”. I wanted to own a dance studio since I was 7 years old. In high school and college I taught at many other dance studios and for different studio owners, all which helped me to create my vision of what I wanted in my own dance studio and the kind of owner I wanted to become. I majored in ballet pedagogy and received a BFA in ballet with an emphasis in teaching and performing. During my college years I would dance four 4-5 hours each day and teach dance every night of the week from 4-10:00 pm. While most of my colleagues focused on performing and professional dance careers I just wanted to teach – I loved it! What has been interesting (and a similar journey to most I am sure) is I opened a dance studio because I loved to teach dance, but as the studio was successful and continued to grow I couldn’t continue working IN my business when I needed to work ON my business. So about 14 years into business I had to step out of the classroom to run my business full time. This was so hard for me because my true love and talents were in the field of teaching. I am an artist, a creator and a teacher who transitioned into an owner of three businesses. A recreational dance studio, a competitive program dance studio and a creative arts preschool. Before COVID hit I had 80 employees and 1100 students between the three businesses. The past five months (due to COVID) I have never worked so hard in my entire life – even compared to when I first opened my business. When schools closed in March we closed the door to all three of my businesses and in 7 days were able to stream 250+ dance classes into the homes of our students.

*This is off topic from the question above, but COVID has really changed my perspective on many things as a business owner. This year I am going into my 20th year from when I started my first dance studio in my basement. We are currently down 25-30% enrollment of where we were last year at this time AND our current tuition is $10,000 short of our monthly expenses. This will be a year of sacrifice and survival.

What advice do you have for moms who want to start a business?

Life is full of lessons, what has this quarantine taught you?

The past five months going through COVID, Quarantine and working harder than I ever have in order to sustain what I built and the jobs of my employees has forever changed my perspective on what is most important to me in my life. Although it has been incredibly hard, I don’t think I could have gained the new lens or perspective I have without going through this experience. My business has always been #1 in my life – THIS IS NOT SOMETHING i AM PROUD OF. In fact I am disappointed to look back on the past 20 years and now realize (due to this experience) how much I gave up in the process. Time with kids, cultivating and strengthening my relationships with them, losing so much of myself (self-care, friendships, lunch dates, hobbies, weekly time spent with my husband), the list goes on and on. I have learned that life needs to be balanced. You never know when something like COVID will hit (could be a decline in health, the death of a loved one, a child who secretly needs you) and if you live each day out of balance, you can’t be present for the important events or for the person who needs you at the hour they present themselves). Life is short, but there is a life to life and it involves so much more than work and business.

behind the scenes with Brooke 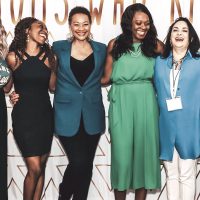